The Science of Intuition: An Eye-Opening Guide to Your Sixth Sense

By Annie Murphy Paul
Your Body

Research shows that our instincts often hit us first on a visceral level, telling us what we need to know well before our consciousness catches up. Here’s what happens when your intuition gets physical.

It’s easy to tell something’s afoot when your heart is pounding, you’re drenched in sweat, and your stomach is tying itself in knots. But even if the shift in your pulse or perspiration is subtler, your intuition may still be trying to deliver a message.

Last year Barnaby Dunn, PhD, a scientist at the Medical Research Council in the UK, conducted a study in which he measured how accurately subjects could count their heartbeats during timed intervals. Then he asked them to play a game, turning over cards from four different decks and winning or losing money based on the cards they drew. What they didn’t know was that the decks were rigged: Two had more high-value cards, and two were stacked with losers. As the subjects played, a sensor recorded changes in their heartbeats. After just a few rounds, the monitor showed a dip in players’ heart rates whenever they went near certain decks. The body, not the mind, became aware of the difference in the decks first—and Dunn found that some individuals who’d been better able to measure their own heart rates performed better in the game overall.

Scientists at the University of Iowa had performed a similar study earlier, measuring the perspiration on people’s palms. What they found: Players started generating stress responses to the bad decks—i.e., sweatier palms—within ten cards. Yet they didn’t start suspecting that the decks were rigged until they’d turned over about 50 cards, and not until 80 cards were they able to fully explain how the decks were stacked. Their clammy hands were signaling suspicion long before their conscious minds made the connection.

Tune In: You may be able to better follow your heart (and your sweat glands) by practicing meditation. A 2005 study found that in meditators, brain regions associated with sensitivity to the body’s signals and sensory processing had more gray matter. The greater the meditation experience, the more developed the brain regions. 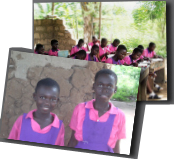 Help Us Make a Difference!

Part of Akoya's mission is to empower women & girls in developing countries. We believe it is important to give back and we're committed to donating 10% of all proceeds to various charities.

We'd love to encourage you to donate as well.

Educate a Girl in Africa
Sign Up for Our Newsletter